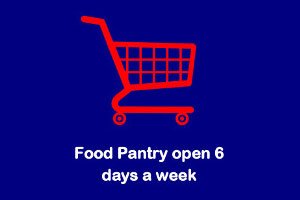 Our clients are able to ‘shop’ for food at our onsite food store, selecting items that fit their needs. Each client is given a food allowance card (which varies depending on the size of the household) and a shopping cart. Once the client has selected their food (approximately a week’s worth of food), the food is weighed, bagged and the client is on their way.

Eligibility for Services: To receive regular services one must live in the City of Portland and one of the following must apply:

Please remember to bring your own grocery bags for your food store visit! 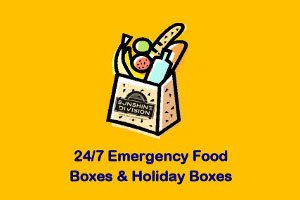 Sunshine Division provides three Portland police precinct stations and other local law enforcement agencies with food boxes for distribution by first-responders. Individuals in crisis who are homebound or unable to access services may contact the Portland Police non-emergency line to request a Sunshine Division emergency food box. Through our partnership with the police, we are the ONLY food relief nonprofit providing food assistance 24 hours a day, 7 days a week to those in need.

If you need food assistance and the Sunshine Division is closed, please call the Portland Police Bureau’s non-emergency number at 503-823-3333.

During the fall and winter holidays, Sunshine Division volunteers and members of the Portland Police Bureau will distribute roughly 500 Thanksgiving boxes and deliver 3,800 December holiday boxes to Portlanders in need. The boxes contain everything needed to make a holiday meal. 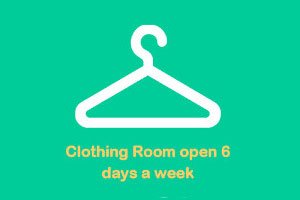 Our onsite clothing store “THREADZ” carries new and gently used clothing items. Each client is allowed to browse the store and take home a grocery sized paper bag full of clothes, a coat and a pair of shoes for each member of their household.

Eligibility for Services: To receive regular services one must live in the City of Portland and one of the following must apply: 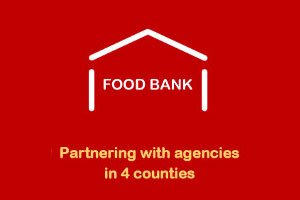 The Sunshine Division distributes more than 1.2 million pounds of free food annually to a network of more than 50 local hunger relief organizations. We serve four counties surrounding the Portland-metro area and do not charge our agency partners for food or distribution fees. 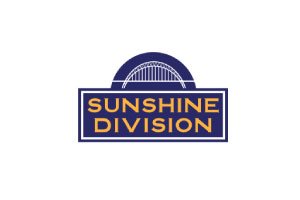 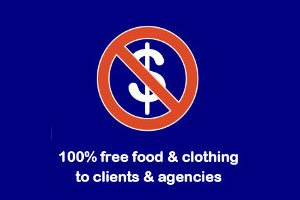 Sunshine Division does not charge our clients or partner agencies for food or clothing that we provide. There are no “shared contribution” costs, “food to buy” programs or fees associated with our food and clothing assistance programs. 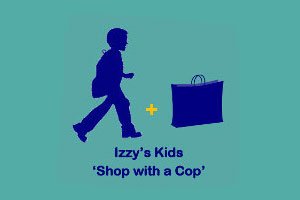 For more than 30 years the Sunshine Division has funded and worked with the Portland Police Bureau to identify school-age children living within the city of Portland whose families cannot afford to outfit them with new school clothes. Through our Izzy’s Kids fund, the Sunshine Division pairs nearly 500 low-income children with an officer to provide a unique one-on-one shopping experience for new school clothing at a local Fred Meyer store. Students feel good showing up to school in new clothes and they gain a positive experience with a police officer in the process! 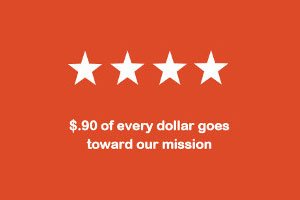 Sunshine Division is a grassroots organization that believes your donations should go toward our mission, not excessive administrative expenses. Our efforts are being noticed. Charity Navigator has awarded us 6 consecutive 4-out-of-4 star awards for our fiscal transparency and efficiency (only 7% of charities nationally have received this rating). No other food relief organization in Portland has received this designation. 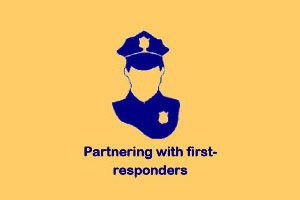 Our unique partnership with our founders, the Portland Police, allows Sunshine Division the ability to identify and respond to hunger issues 24/7. A Sunshine Division food box can be delivered to a home within an hour of receiving a call for help. Roughly 1,000 emergency food boxes are delivered to Portland homes by an officer each year when all other food relief organizations are closed. Officers can also refer distressed Portlanders to Sunshine Division for service (when responding to calls and wellness checks) by filling out an officer referral card.

Our Founders, Our History:
It was 1922, the economy had taken a dip, and the City of Portland had to lay off some 40 police officers. To compensate for this loss, then mayor George Baker gathered volunteer civilians to serve in situations-a group eventually called the Portland Police Reserve. The Reserves found themselves responding to widespread poverty in Portland by collecting food to fill Christmas baskets that were delivered to Portlanders in need.

They were quickly dubbed “George Baker’s Sunshine Boys,” as they spread sunshine to the households they visited. The early KGW radio variety show “Hoot Owls” took up the cause, devoting a segment-or division-of the program to soliciting donations of food and funds from listeners for the Sunshine Boys. And so was born the “Sunshine Division.” By the time Christmas of 1923 rolled around, the uniformed police, as well as the Police Reserve were collecting food and delivering it to hungry families. Soon the charity found a home on the second floor of the East Precinct station at SE 7th & Alder. In 1938 it moved into a recently vacated police precinct station at 38 NE Russell Street, then to our current N. Thompson location in 1975.

More than nine decades after those early humanitarian efforts by uniformed and volunteer police – and still in a vital partnership with Portland Police Bureau – Sunshine Division continues its fundamental.

If you need assistance or want to learn about eligibility for our services & programs, click here.

COVID-19 Update: We remain open at both locations for clients to continue receiving emergency food boxes near the outside entrances. For our hours and locations, visit our "Get Help" page.

If you or someone you know is homebound, medically fragile, and/or unable to leave their home, due to the Coronavirus, click the button below to request a food box delivery to your home (Portland and Gresham addresses only).

Delivery arrival time (Monday through Friday) is subject to the current requests made and the time of submission.